We are governed by a Board consisting of 15 Directors elected by the GTAA’s Members. Directors serve terms of up to three years and are eligible for re-election to a maximum of nine years.

Seven directors are elected by our members from candidates who are identified and assessed through a search process. The search process includes engaging named Community Nominators which include:

Five directors are elected by our members from candidates nominated by Municipalities. The following municipalities served by Pearson nominate directors:

Prior to the end of the term of a Member nominated by a municipality, the relevant municipality is entitled to provide the names of up to three candidates.

The Government of Canada nominates two individuals and the Province of Ontario nominates one individual.

The Board assesses candidates put forward by the relevant nominators to determine whether the candidates possess the desired skills and experience and assess fit with the Board. 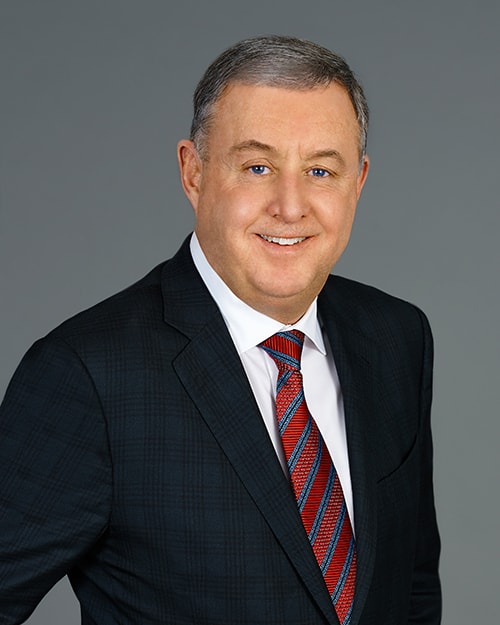 Chairman of the Board

Mr. Allingham is a civil engineer with 40 years of experience encompassing both the public and private sectors. He is the former Executive Vice-President of AECOM Canada Ltd and has a background in transportation engineering including transit planning, urban design, traffic engineering environmental assessment, master planning, airport planning and transportation economics. He has served as president of the Canadian Institute of Transportation Engineers, Chair of the Board for the University of Ontario Institute of Technology, Trustee and Chair of the Board of Lakeridge Health and has served on the boards of Durham College and the Durham Abilities Centre. He graduated with a BaSc. in Engineering from the University of Waterloo in 1978. In 2012, he was awarded the Queen Elizabeth II Diamond Jubilee medal for service to the community.

Nafisah is a Partner at Miller Thomson LLP, practicing in commercial and employment litigation. She obtained an Honours Bachelor of Environmental Studies degree from the University of Waterloo, a Juris Doctor degree from the University of Toronto, and was called to the Ontario Bar in 2008. In 2018, she received the Lexpert Rising Star award, which recognizes Canada’s leading lawyers under 40. In her spare time, Nafisah sits on the advisory board of various community organizations.

Nominated by the Federal Government 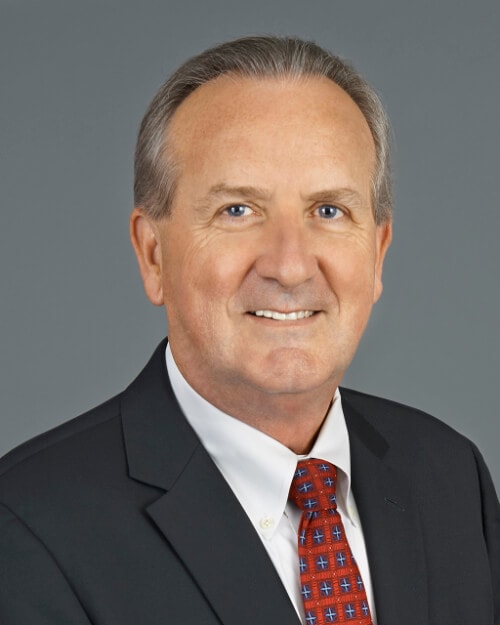 Mr. Fegan is an executive with extensive experience in the aviation and aerospace industry. He is the former Chief Executive Officer of Dallas/Fort Worth (DFW) International Airport and past Chairman of the Board of Directors of Airports Council International – North America (ACI-NA). Mr. Fegan is skilled in operations management, strategic planning, commercial development and airport development. He graduated from the Georgia Institute of Technology and attended the Stanford Executive Management Program. 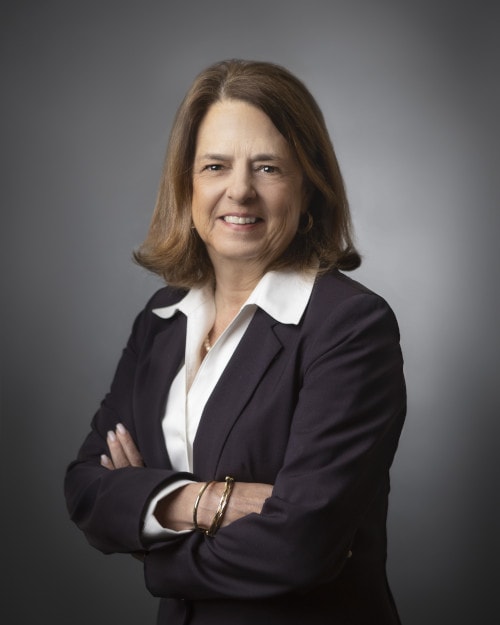 Lise Fournel is a technology expert with a global perspective in marketing and revenue management and e-commerce. Over her more than 35-year career with Air Canada, Lise has held increasingly senior positions in Technology, Strategic Planning and Passenger Commercial. She was also President of Destina.ca. Lise sits on the board of Ontario Teachers’ Pension Plan and Desjardins Financial Security and has also served on a number of not-for-profit boards, including l’Université de Montreal, Tourisme Montréal, CIREM, Musée Pointe-à-Callière, and Canadian Muscular Dystrophy Association. Lise earned a B.Sc. in Mathematics from l’Université de Montreal, completed graduate studies in Business Administration at Hautes Études Commerciales (HEC) in Montreal and holds the Institute of Corporate Directors Designation (ICD.D). Lise also holds an M SC in Mathematics at UofM. 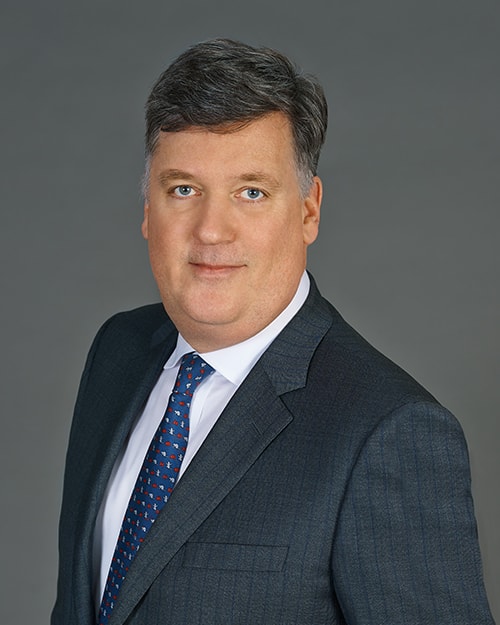 Mr. Gregg is the President and CEO of Nova Scotia Power Inc., a wholly-owned subsidiary of diversified energy and services company Emera Inc., providing 95% of the generation, transmission and distribution of electrical power to more than 525,000 residential, commercial and industrial customers across Nova Scotia. He was previously President and CEO of the Independent Electricity System Operator (“IESO”), the corporation responsible for operating the electricity market and directing the operation of the bulk electrical system in the province of Ontario, and President and CEO of Enersource Corporation (now Alectra Utilities) where he led the merger of Enersource with Powerstream and Horizon Utilities, and the purchase of Hydro One Brampton. Mr. Gregg has an MBA from the Ivey School of Business at the University of Western Ontario and holds the ICD.D designation from the Institute of Corporate Directors. 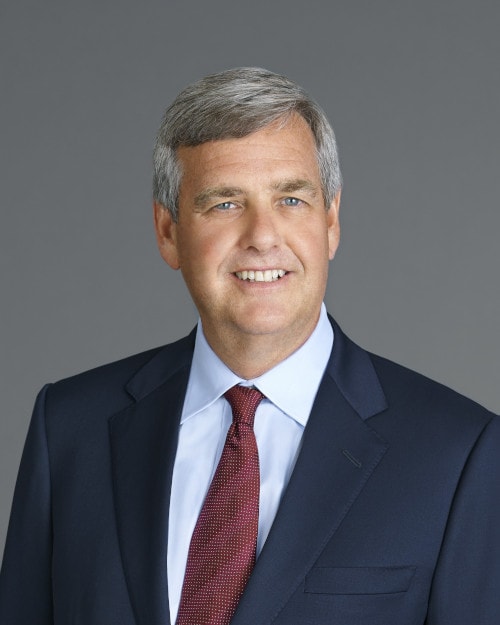 Mr. Kennedy is a retired business executive having served as the Chief Financial Officer for a number of organizations in aviation, freight and logistics, including Canada 3000, where he grew the organization from the startup of a charter airline into a publiclytraded travel group with over 5,000 employees. His professional associations include past Director of the Air Transport Association of Canada, past Director of various airlines fuel consortiums and past member of various aviation and travel industry associations. He also served on the Board of Directors of St. Joseph's Health Centre in Toronto. He has been a Chartered Professional Accountant and Chartered Accountant in Ontario for over forty years, having started his audit career at PricewaterhouseCoopers LLP. He holds a Bachelor of Commerce (Honours) from Queen’s University. 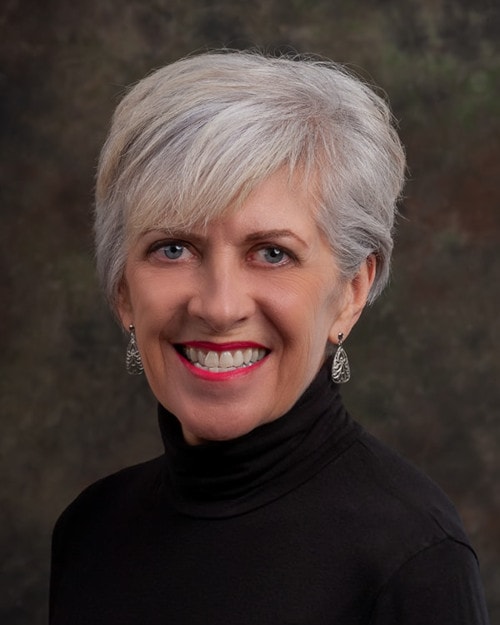 Ms. McKenzie is a corporate director and business advisor with strong tourism expertise. She is Principal of McKenzie Business Strategies, an advisory and leadership practice focused on economic development, strategy, marketing and tourism. She spent ten years in the role of President and CEO of the federal Crown corporation ‘Canadian Tourism Commission' ('Destination Canada'), and four years as Deputy Minister of Nova Scotia Tourism, Culture and Heritage. Michele also has experience in international development and has lived and worked in the Middle East. In 2020 she was recognized by the Tourism Industry Association of Canada with a Lifetime Achievement Award. In 2014, she was named by Hotelier Magazine as one of the ‘10 Most Influential Leaders in Canada's Hospitality Industry in the Past 25 Years'. Michele has extensive board governance experience and, in addition to GTAA, currently sits on the boards of Invest in Canada, Fairmont Hot Springs Resort, the Trans Canada Trail, and is a member of the Departmental Audit Committee for Statistics Canada. Michele holds a degree from Dalhousie University and has completed a Fellowship at Harvard University. She also holds the ICD.D designation from the Institute of Corporate Directors. 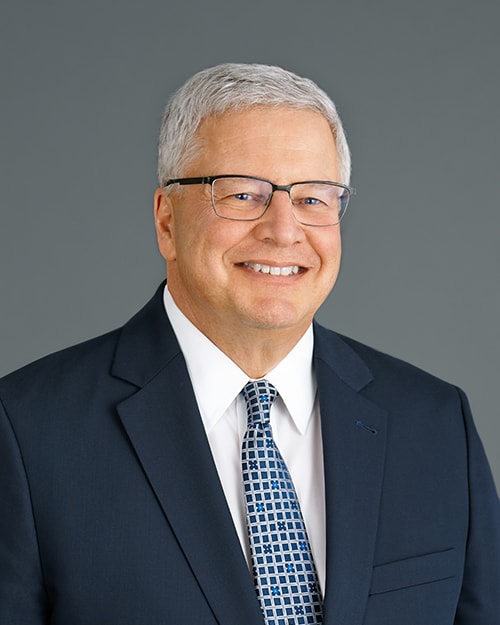 Mr. Neeb is a retired HR executive, having most recently served as the Chief Human Resources Officer at Magna International Inc. At Magna, Mr. Neeb was responsible for global human resources strategy relating to health & safety, environment, total compensation, culture, Employee’s Charter, labour relations, performance management, talent attraction and retention and people development and training. His past professional experience also includes serving as the Chief Administrative Officer of the Town of Aurora, Commissioner of Community Services of the City of Brampton and various senior positions with the City of Mississauga. He holds degrees and diplomas from the University of Western Ontario, Seneca College and the University of Toronto. He has served on the Boards of Southlake Regional Health Centre, Aurora Mayor’s Charity Golf Classic, Community Safety Village of York Region, and was the Governor of the Royal Lifesaving Society of Ontario. 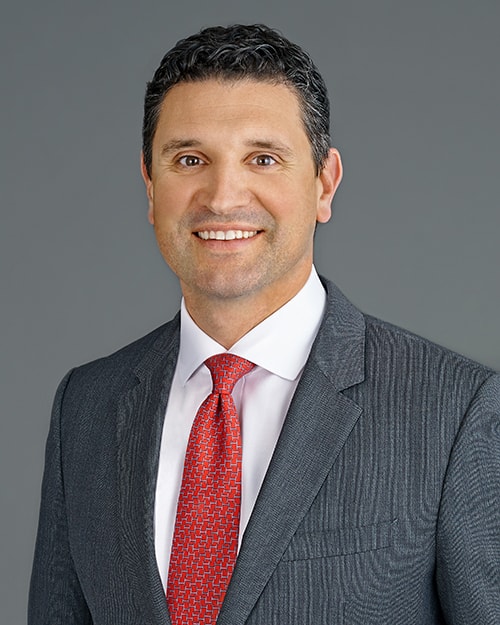 Eric is the Head of Global Real Estate at Healthcare of Ontario Pension Plan (HOOPP) and is responsible for their real estate investment activities. Prior to HOOPP, Eric held a number of senior positions at Oxford Properties and was most recently the Executive Vice President, North America, where he was responsible for North American Investments (equity and debt) and Development activity across all asset classes (office, industrial, retail, multi-family and hotel), as well as Oxford’s North American Retail and Industrial businesses. Eric’s past experience also includes roles in Investment Banking and Real Estate Private Equity at Morgan Stanley (London, UK, New York and Toronto) and as a consultant at Arthur Andersen (Amsterdam). Eric holds a BA from King’s University College at Western University and an Honours Business Administration (HBA) from the Ivey Business School at Western University. 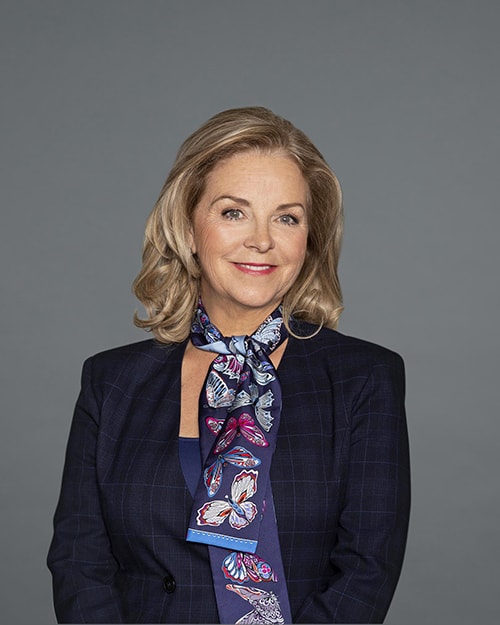 Ms. Samson-Doel is President of Samson-Doel Group Limited, a private capital corporation and former Executive Chair of the Board of Multi-Marques Inc., the largest manufacturer and distributor of bakery products in Quebec and Eastern Canada with 3,500 employees, recipient of the Canada's Top 50 Best Managed Private Companies Award. She also serves on the board of CDPQ Infra, Lallemand, Lallemand Investments and St. Johns Packaging. She holds the ICD.D designation from the Institute of Corporate Directors and has served on numerous boards over the last 20 years, including Boralex, OLG and Women's College Hospital Foundation. Ms. Samson-Doel has been a Chartered Professional Accountant and Chartered Accountant since 1983. She holds a BComm from the University of Toronto. 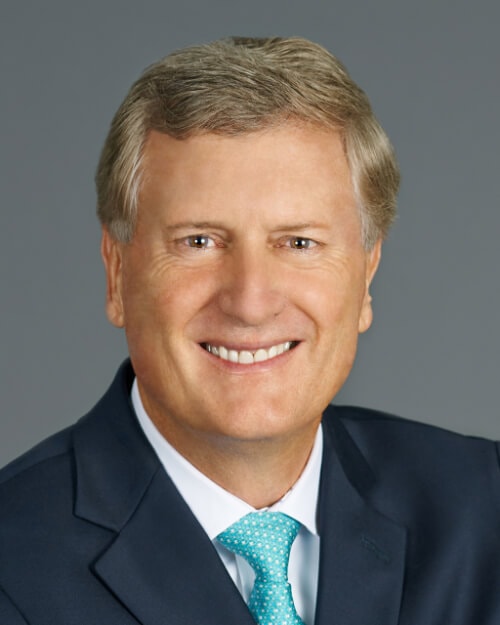 Mr. Schwab is an experienced airline industry executive, having served as Chief Executive Officer of Star Alliance, the world's first and most comprehensive global airline alliance of 26 members. He has a deep background in the airline industry, having served in international and corporate leadership roles with major carriers such as United Airlines, US Airways, American Airlines and Pan Am. He is a graduate of the University of Virginia. He serves on the Boards of not for profit organizations, Greater Naples Leadership and Naples Council on World Affairs. 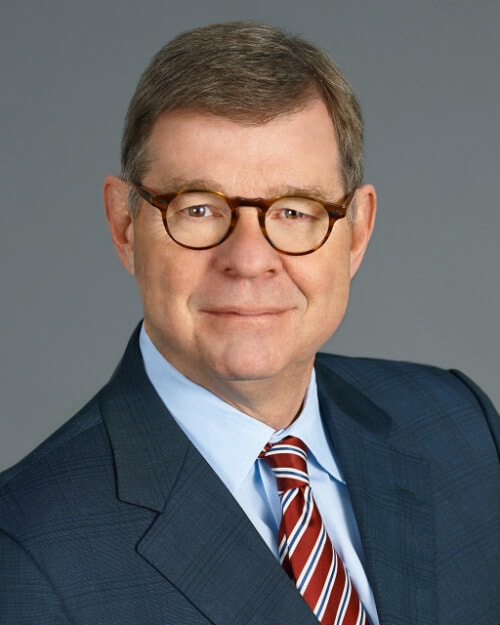 Mr. van 't Hof is President of Tonbridge Corp., a Toronto-based merchant bank and advisory firm, and has been a lecturer at the University of Toronto, the University of Waterloo, and the School of Accountancy for the Institute of Chartered Accountants of Ontario. Prior to his current role, he was CEO of Tonbridge Power Inc., a publicly-traded entity, and Chief Operating Officer and Director of Carter Group Inc., a North American automotive parts manufacturer. Prior to these roles, he was Partner and Managing Director at PricewaterhouseCoopers LLP (project finance and privatization) and was seconded to the Ontario Securities Commission by his firm. In such a role, he acted for eleven airport authorities in Canada in transferring operations from Transport Canada and for twenty-five governments in project finance and privatization transactions globally in energy corrections, airports and roads. He has testified to the US Senate and the Canadian Parliament on infrastructure policy. Mr. van 't Hof is a Chartered Professional Accountant and Chartered Accountant in Ontario and holds an MBA from the University of Toronto. He has served as Chair of the Audit Committees of two international public companies and two private companies.

Nominated by the Region of Durham 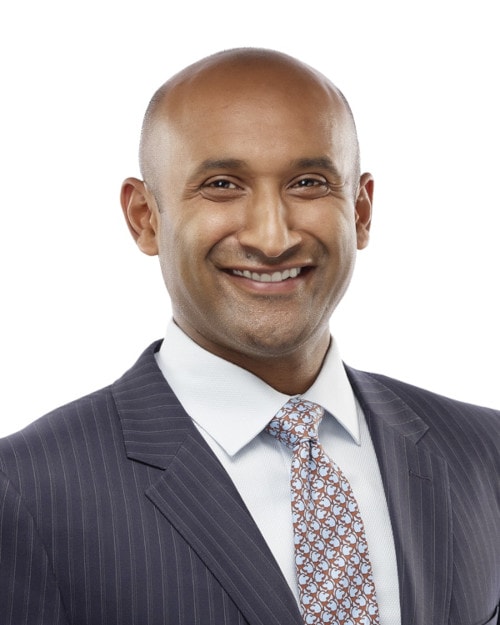 Mr. Viswanathan is the CFO and Managing Partner at Forum Equity Partners, an alternative asset manager, investor, and developer. At Forum, he is responsible for the overall financial management of the firm, including financial strategy, planning, controls, risk management, tax, information technology and reporting. He is also responsible for the ongoing investment and asset management oversight of the firm’s investments and sits on Forum’s investment committee. Prior to joining Forum, he was the CFO of Dream Global REIT, a Western European, $6 billion, dual-listed (TSX and Frankfurt) commercial office and industrial platform that was acquired in 2019 by Blackstone. Prior to his appointment at Dream Global, Mr. Viswanathan was CFO for Dream Office REIT (TSX-listed). Before Dream, he spend almost a decade at Brookfield holding various senior finance roles, including corporate treasury and helping to establish Brookfield’s Private Funds group. During his tenure with Brookfield, he also worked at General Growth Properties, a US$40 billion shopping mall REIT, where he rebuilt and upgraded various finance capabilities following GGP’s bankruptcy emergence. He is a CPA, CA and CFA charterholder, with a Master of Accounting and Bachelor of Mathematics from the University of Waterloo.

Nominated by the City of Toronto