YYZ Live is back for the 2021 holiday season!

After a two-year hiatus due to the global pandemic, we are thrilled to share that YYZ  Live— a musical celebration featuring live performances by local musicians—is safely being brought back for the 2021 holiday season! Performances will take place in Terminals 1 and 3 from November 18 to December 30 for our passengers.

Bringing a taste of Toronto to our passengers from around the world, this holiday’s lineup includes incredible performances ranging from folk, pop and indie to RnB, rock, blues and jazz by local Canadian talent.

Created by the City of Toronto in partnership with Pearson Airport, YYZ Live Holiday Edition performances take place every Thursday in Terminal 1 (Domestic Departures and International Arrivals), as well as Terminal 3 (location to be confirmed, check schedule).

In keeping with our focus on health, measures will be in place to help protect everyone’s safety. This includes the mandatory use of face masks, including the artists when not performing, and physical distancing wherever possible. Hand sanitizer stations are also located throughout the airport terminals.

For performance times, have a look at the holiday schedule below. Follow #YYZLive on Twitter for schedule updates and to share your highlights. Enjoy the show! 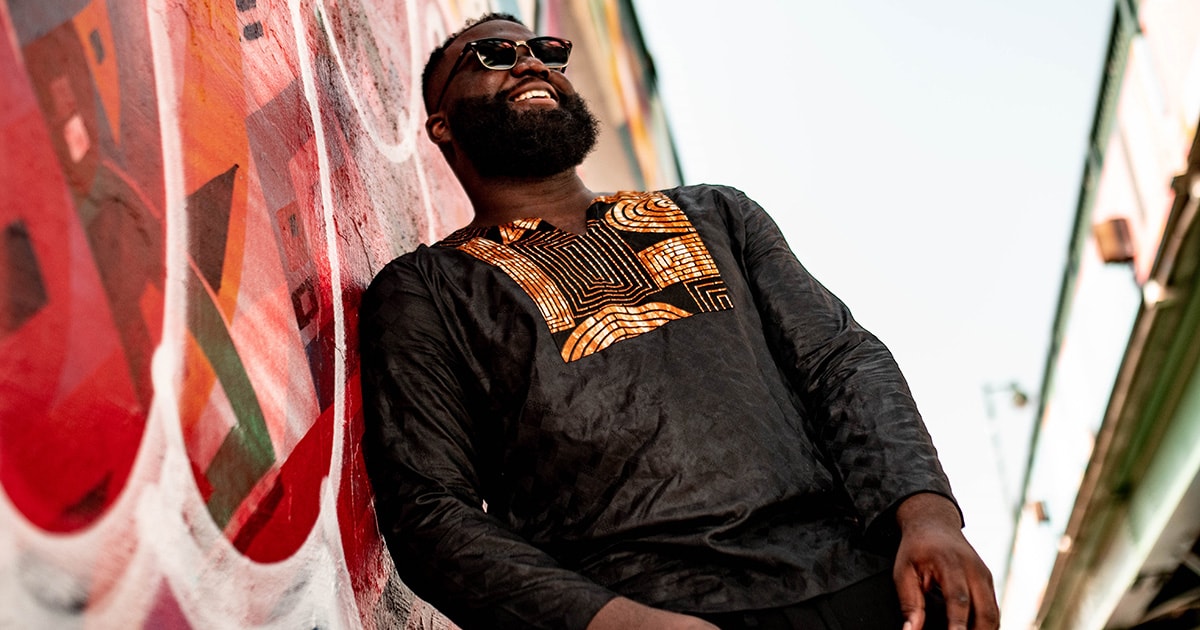 M3L (pronounced Mel) is a bilingual Afro-Reggaetton and R&B artist based in Toronto. Born in Cameroon and raised in six countries, his music embodies the lived experiences of a “Third Culture” kid, with roots in Anglophone Afrobeats and Hiphop/R&B, as well as Francophone Zouk and Coupé-Décalé music. His ability to flow seamlessly between English and French makes for a unique listening experience and showcases elite versatility. His single “No Problems” featured on Toronto’s main hip hop station FLOW 93.5’s Made in Toronto Takeover, highlighting the hottest rising acts in the city. Over the past few years, M3L has made a name for himself as a performer headlining two shows for the globally renowned Sofar Sounds. His music has featured on Joe Kay’s Soulection Radio on Apple Music Beats 1, BBC Radio 1EXTRA host Remi Burgz' "Remi's Recognition", As well as Seattle based Radio KEXP’s “Overnight Afrobeats” with Lace Cadence and Zimbabwe's Ejazz Radio hosted by DJ Mark Xtreme. 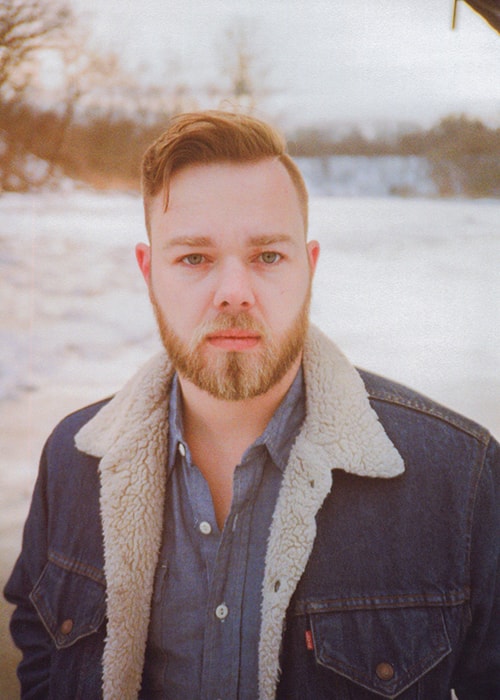 Inspired in equal parts by alternative rock and indie-folk, Alex Mason goes where the songs are. The Toronto-based musician has been writing songs and gigging across Canada since the release of his first EP, "Wistow Lows" in 2013, with stints including a tour by VIA Rail train for 2015’s "Jasper " as well as cowriting in Nashville. The Canadian songwriter has also opened for acts such as The Strumbellas, Daniel Romano, and Peter Murphy (Bauhaus). Following the release of his live EP, "Salt and the Sea (Live from Dorchester)," Alex Mason is currently working on his first full-length record, poised to be his most personal and fully realized work to date.

Born and raised in Belo Horizonte, Brazil, Aline Morales began her performing career as a child, training in capoeira. By the time she reached her early twenties, she had performed in a number of traditional and contemporary bands including Brazil’s most well-known maracatu group, Nacao Estrela Brilhante do Recife, then-led by her mentor Mestre Walter de Franca. Since her arrival in Toronto in 2003, she has been a tireless promoter of the traditional rhythms of northeastern Brazil, continuing to perform with her percussion troupe, Baque de Bamba, at countless festivals and events. 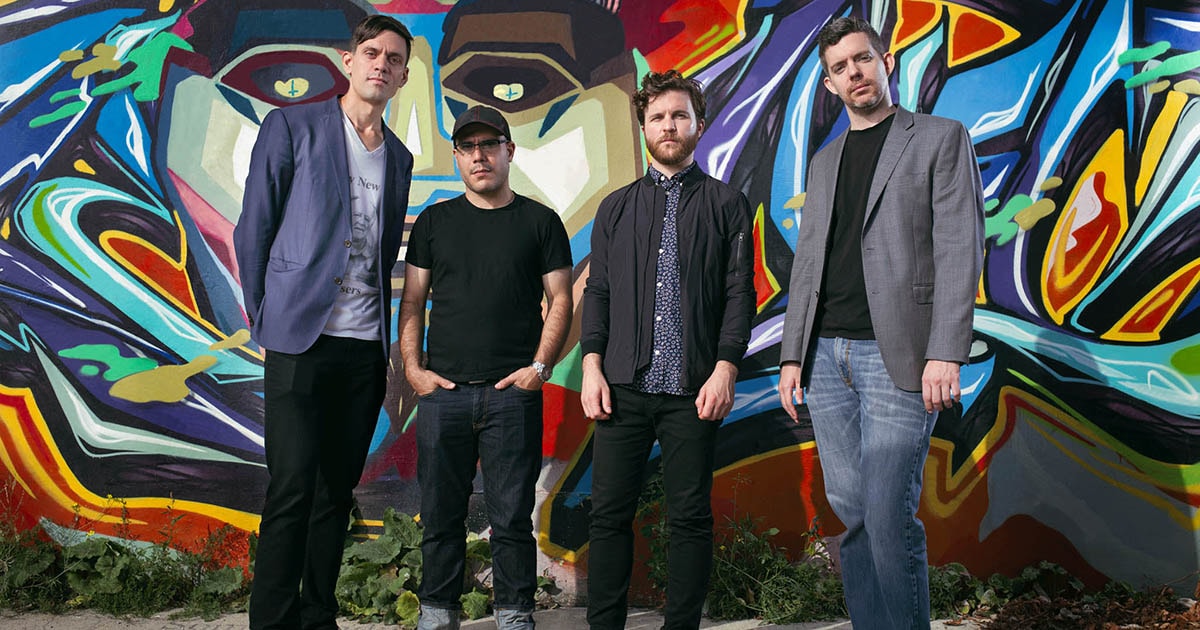 Drummer and composer Ethan Ardelli has been one of Canada’s most acclaimed jazz musicians for more than a decade. His debut album, The Island of Form, is a showcase for Ardelli’s highly developed compositional skills and drumming prowess. The album was recorded by James Farber, the engineer behind many touchstone jazz recordings, including works by Michael Brecker, Joe Lovano, and Brad Mehldau. Ethan is on the faculty at the University of Toronto as well as the Humber College Community Music Program. 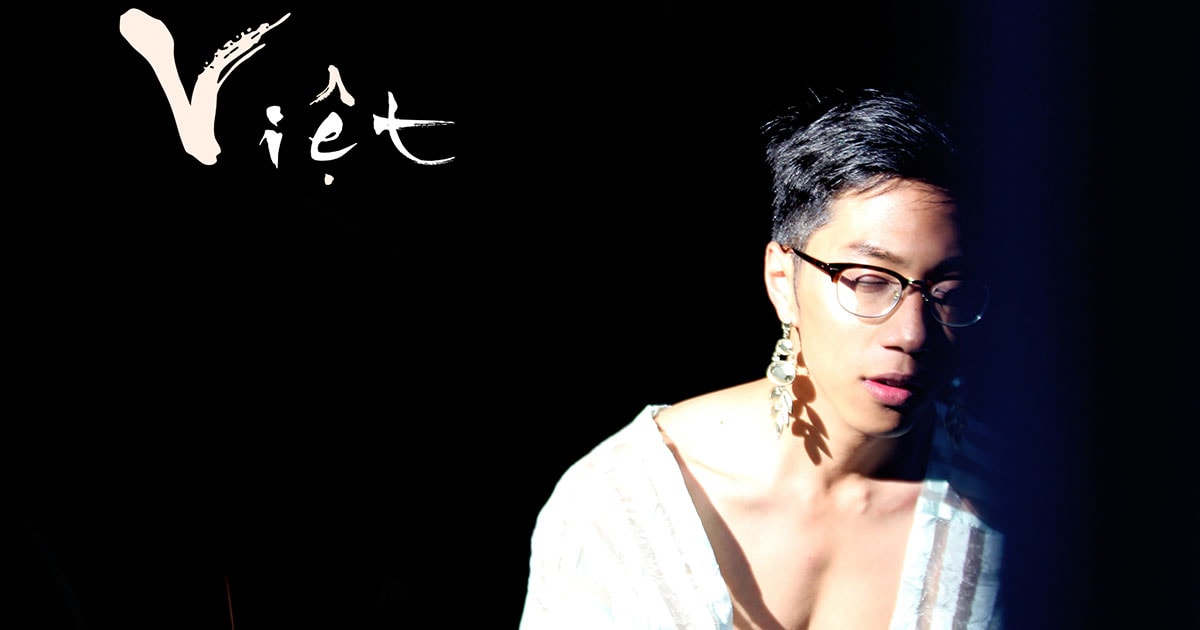 A self-described musical chameleon, Việt is a 24-year-old singer-songwriter based in Toronto, Ontario. Combining the lush harmonies and rhythms of his Humber jazz education with the groove of his first loves, neo-soul and disco, Việt has created a unique sound transcendent of the decades. Lyrically, he draws upon his experiences growing up as a queer Canadian youth of colour, seeking to spark a musical dialogue for issues like gender, sexuality, and cultural identity. 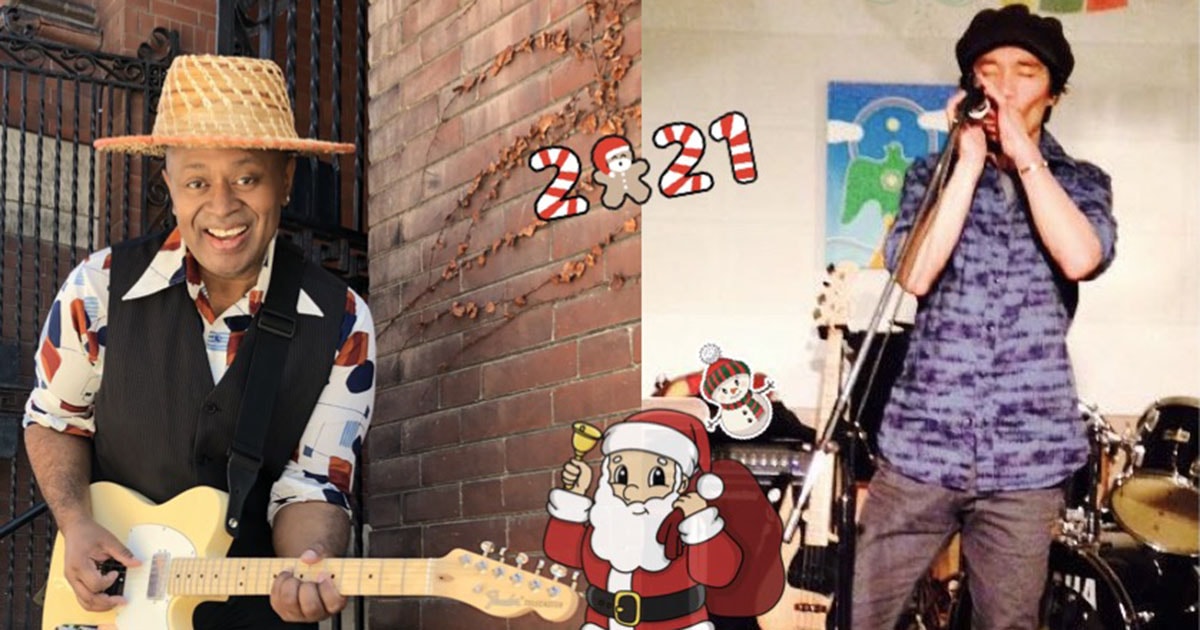 Two-time JUNO Award winner and three-time JUNO Award nominee guitarist and singer-songwriter Donné Roberts was born in Madagascar and is presently one of the hottest acts on the world music scene in Canada. Now based in Toronto, he's earned a matchless reputation for the excellence of his song writing skills, musicianship, collaborations and the excitement of his live shows. Donné was raised and educated in the USSR (modern-day Russia), fluently speaks Malagasy, Russian, French and English. From touring as a back up singer for Ace of Base, to a stint as the first black video jockey on MTV Russia, Donné has led a prolific and varied artistic life since he left his home country of Madagascar as a boy. He came to wider recognition in his adopted home of Canada after earning two JUNO Awards and three JUNO Award nominations for his contribution as a composer and guitar player for the African Guitar Summit project and Okavango African Orchestra and with the release of his great albums: Rhythm Was Born, Internation, and Onward. His success led to CBC Radio asking him to compose the theme song for their popular morning show Fresh Air, which still runs today. 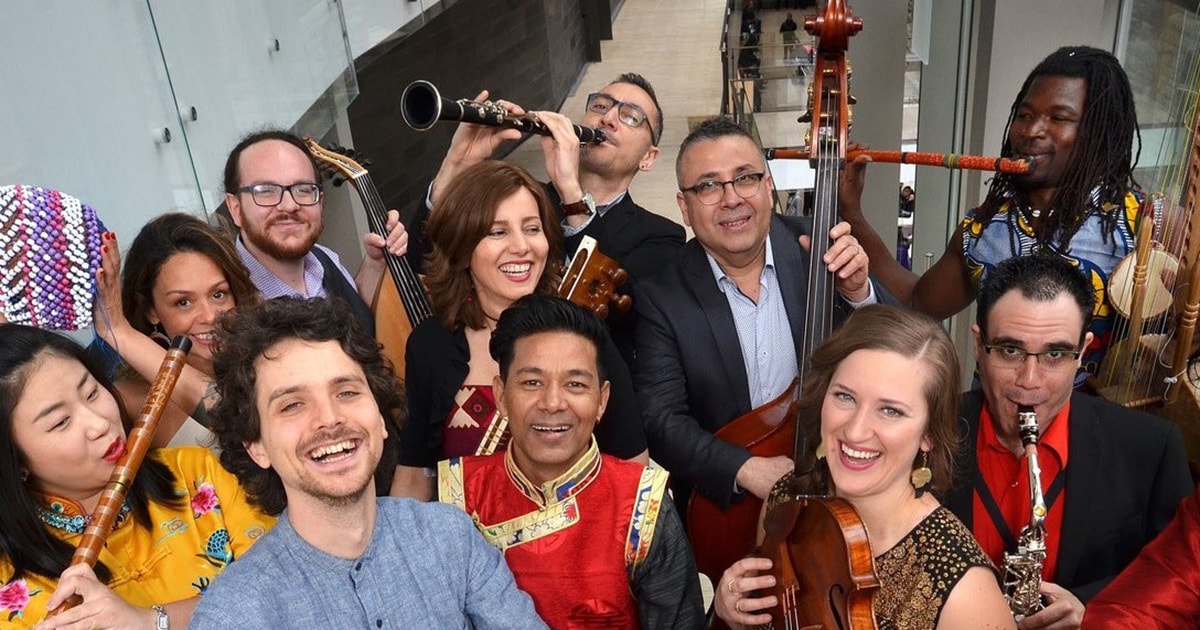 Kuné was born at the Royal Conservatory of Music out of an initiative by Mervon Mehta to celebrate Canada’s cultural diversity and pluralism as it turned 150 and provide a platform for immigrant musicians living in Toronto. Kuné (which means “together”) is re-creating the sound of what it means to live in the most diverse city in the world. With musicians coming from far-away places like Brazil, Iran, China or Burkina Faso and who play different instruments like the Tar, the Ngoni, the Oud or the Alfaia, creating music that sounds authentic, soulful and organic is the challenge that Kune has taken on as a collective, a collective that could only have come together in a city like Toronto. The group came together in 2016 to rehearse and create a new repertoire of cross-cultural, collaborative pieces, they recorded their first album in 2018 and has performed in different theaters and festivals across Canada from 2017 to 2020 and toured internationally in 2019. 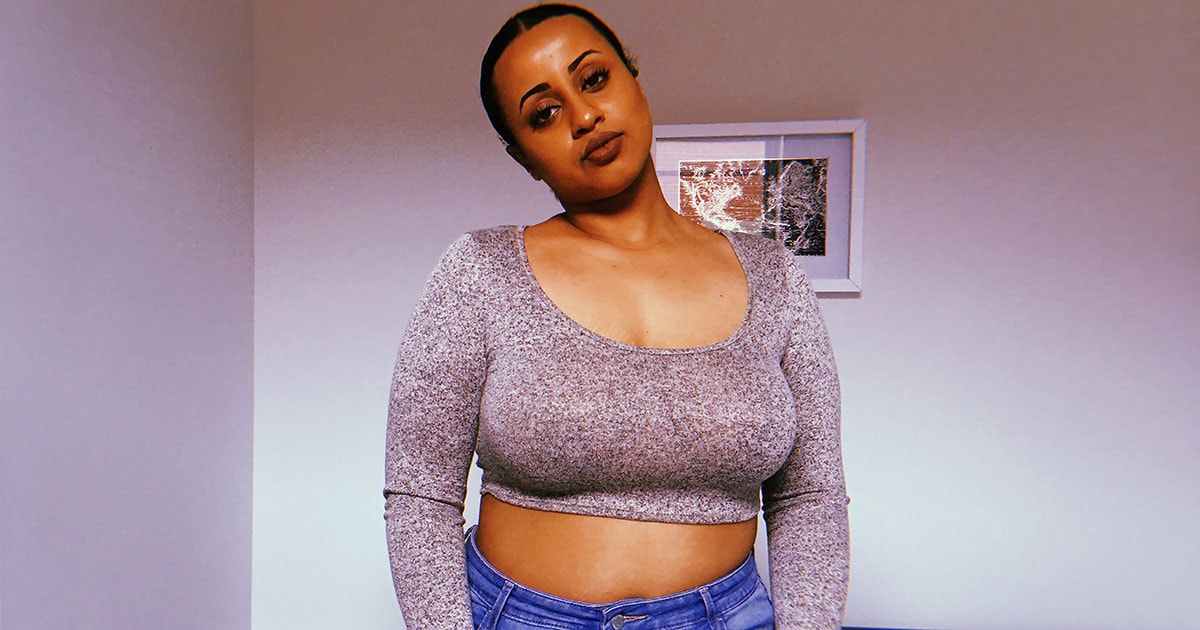 YourHomieNaomi is a new Toronto-based singer-songwriter. Coming forth with catchy melodies but with roots in the art of spoken word, her song writing is heavily lyric-focused. Using groovy alternative R&B, she convey stories that challenge society’s narrative of women in love and pain. YourHomieNaomi takes pride in writing songs that are just as enjoyable read as they are heard. She writes songs about finding strength through vulnerability. This is displayed in her song "I Like it," produced by Soulis, that perfectly captures the sudden strength one feels after conquering personal struggles and how we can almost laugh at the rollercoaster of emotions we sometimes put ourselves through. YourHomieNaomi's new work dives deeper into vulnerability and the different ways mental health affects our interactions and relationships.